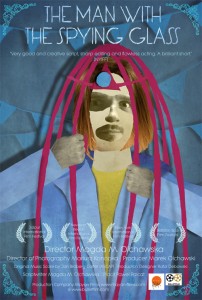 “The Man With The Spying Glass” my short film is screening at  New York International Film Festival in Los Angeles.

FESTIVAL SCREENING VENUE: NYIFF in LA will take place at RALEIGH STUDIOS at 5300 MELROSE AVE (at Bronson),
HOLLYWOOD, CA. Raleigh Studios is across the street from Paramount.

As soon as I know the exact date I’ll let you know.

I hope some of you will be able to attend.