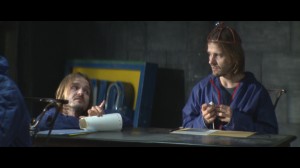 “The Man With The Spying Glass” has just been accepted to  Short Film Corner – Festival de Cannes.

The Short Film Corner hands  an annual, tailor-made program of industry meets, workshops and conferences that deal with strategic issues.

If anyone of you is attending Festival de Cannes and would like to meet up please let me know. I’ll be in Cannes between 09-19 May 2011.