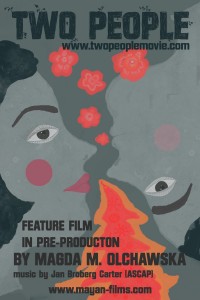 If you would like to meet up and talk to us about “Two People” and how you could get involved just get in touch either with Jan at janner2323@aol.com or Magda at magda@mayan-films.com